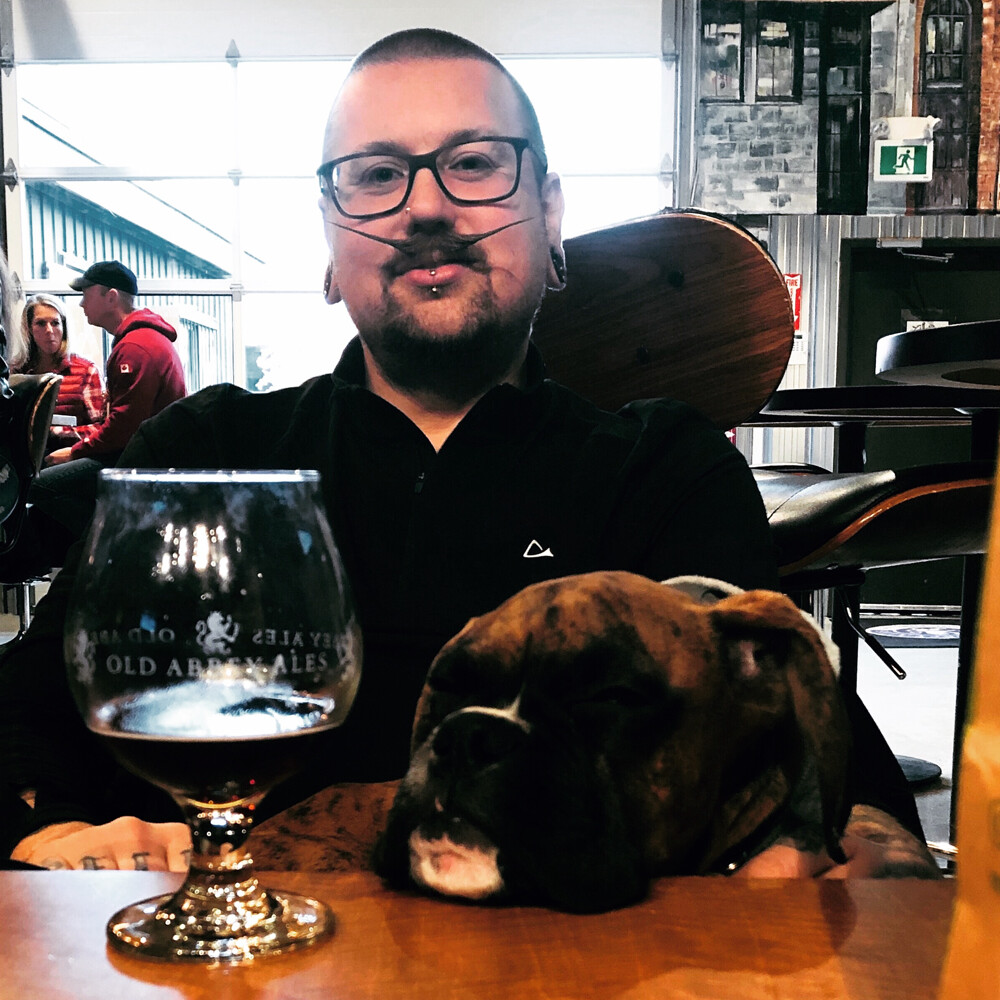 Can you spare some bones?

Be the first to donate!

The rare and elusive ‘Homo Sapien Christopherius’ is often found in the remote office region of Memento Mori Studios. At 6 feet in height with an average weight of approximately 250 pounds, this biped land mammal is distinguishable by his large pointed moustache and colourful skin markings.
Commonly considered good natured and friendly, it’s safe to approach slowly when seen in the wild. His omnivore diet consists mainly of various garden vegetables, legumes such as chickpeas or black beans, large shrimp or prawns, wild salmon, chicken and beef. His activities include community involvement and acting as Director for the Abbotsford Chamber of Commerce and the Abbotsford Hospice Society. Chris and his mate, Jaquie, are known for welcoming other animals into their families and so their den is shared with Coupe and Derby (canis lupus familiaris) and Dottie (felis catus).

Can you help free me back to my natural habitat?